A FATHERS DAY MESSAGE- THE DESTRUCTION OF FATHERHOOD 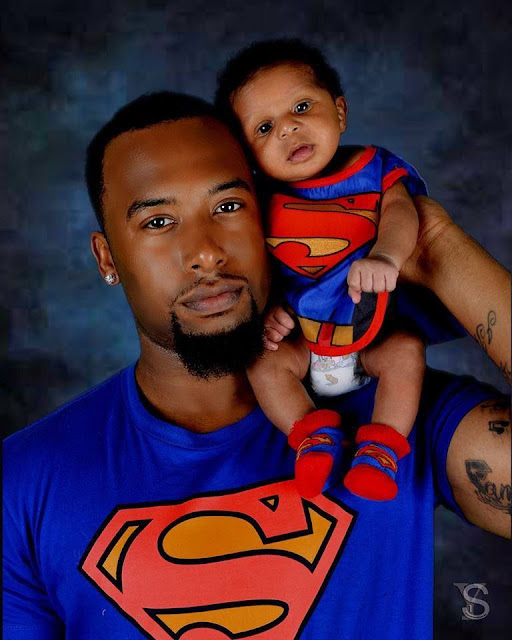 On this Fathers Day I would like to remind you how valuable fathers are to America. I am speaking to everyone, regardless of race or class because this message is universal. But if we want to understand the value of fathers a good place to start is with the destruction of the Black family in America.The problem is not White cops. You have more chance of being struck by lightning than to be killed by a White cop. A Black person has a vastly greater chance of dying, being injured, or mugged at the hands of a Black man in America. Black women are more likely to be raped by a Black man than a White man. A White person stands a greater chance to be mugged, killed or injured by a Black man than by a White man. Blacks comprise almost 13% of the population but are responsible for 50% of the crime. No, the White man and White cops are not their problem. Fatherless homes are their problem and fatherless homes are beginning to be all of our problem. As you know I am not an Obama fan but his quotes on fatherhood are right on. “We need fathers to realize that responsibility doesn’t just end at conception. That doesn’t just make you a father. What makes you a man is not the ability to have a child. Any fool can have a child. That doesn’t make you a father. It’s the courage to raise a child that makes you a father.”

He also said " "But if we are honest with ourselves, we’ll admit that what too many fathers also are is missing — missing from too many lives and too many homes. They have abandoned their responsibilities, acting like boys instead of men. And the foundations of our families are weaker because of it. You and I know how true this is in the African-American community. We know that more than half of all black children live in single-parent households, a number that has doubled — doubled — since we were children. We know the statistics — that children who grow up without a father are five times more likely to live in poverty and commit crime; nine times more likely to drop out of schools and 20 times more likely to end up in prison. They are more likely to have behavioral problems, or run away from home or become teenage parents themselves. And the foundations of our community are weaker because of it". Sadly Obama chose the low road and fostered the myth that America is a racist society. As the first Black president, he could never have been president without White support. Obama had a golden opportunity to unite us but he chose to use the race card and divide us. Because of him America is more racially divided than at any time since the 1960's.

In 1965 Democrat Senator Daniel Patrick Moynihan issued a report called The Negro Family: The Case For National Action. Moynihan was alarmed because at that time 25% of Black families did not have a father in the home. He predicted that if this trend continued the likelihood of poverty in Black homes without a father would get worse over time. He also said that this problem was a cultural one created by the bad effects of slavery. Moynihan was partly right. Without fathers poverty would continue and expand in those families without fathers but he was wrong as to the causes. No one in their right mind can argue that slavery was good for the Black family or that it had any positive effects. Johnson's War on Poverty, on the other hand, was a "neutron bomb" dropped on the Black family as Larry Elder called it. Before the 1960's between 85 and 90% of Black families had a father living at home. Ninety-five percent of White families had a father living at home. The Federal government under Johnson took the place of the father. Today, 75% of Black homes are without a father and 25% of White homes are now without fathers. Whites are now in the same place Blacks were in 1965 and Blacks had more fathers living under the same roof during slavery than live under the same roof today. I can never underestimate the impact that my father had on me and I like to think that I had the same impact on my children an grandchildren. The Communist Party has damaged our country by damaging our families and if the trend continues the dream of Karl Marx will be fulfilled. The destruction of the capitalist system. The Marxist goals for the destruction of capitalism is the destruction of the family, religion, traditions, and private property. Without these things the individual becomes weaker and the state grows stronger. The destruction of the fatherhood is not just a Black problem it is an American problem.