THE MIGHTY OBAMA HAS SPOKEN 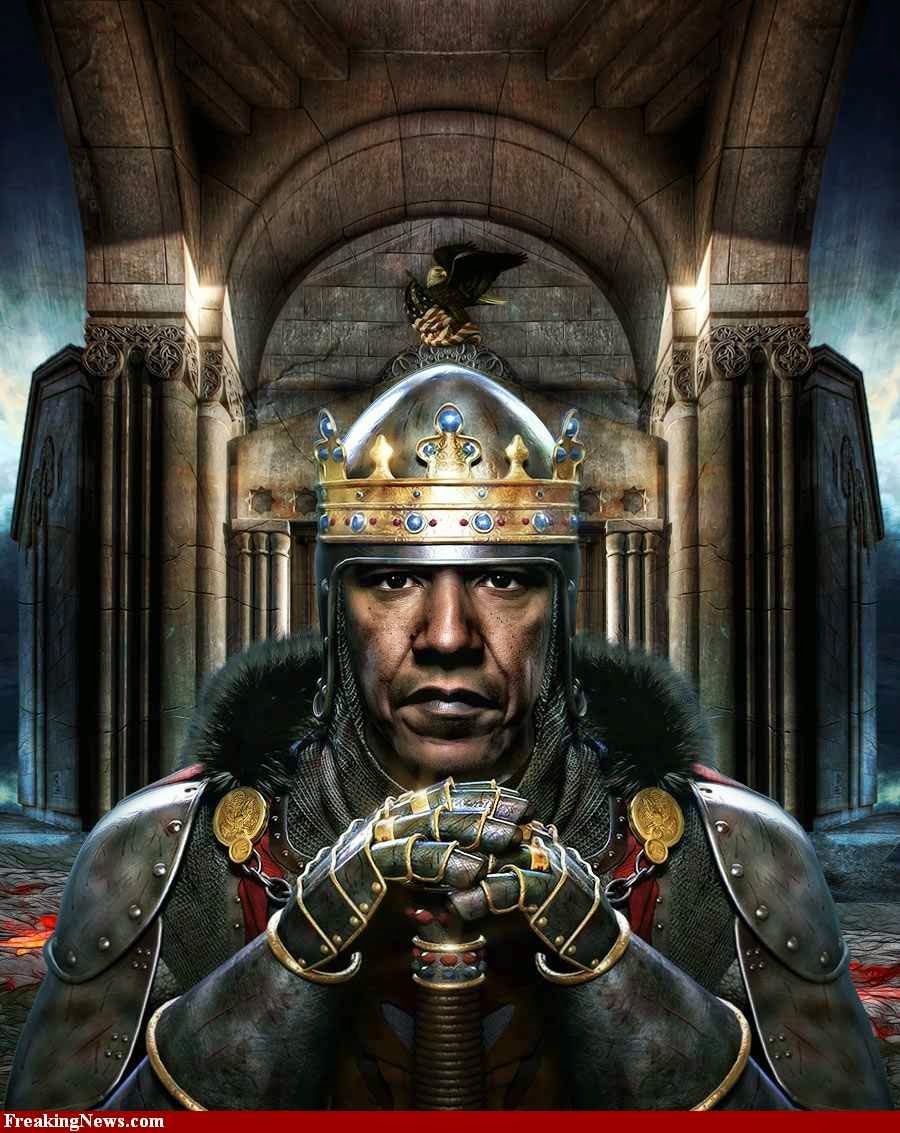 “And lest we get on our high horse and think this is unique to some other place, remember that during the crusades and the Inquisition, people committed terrible deeds in the name of Christ.” “In our home country, slavery and Jim Crow all too often was justified in the name of Christ.”These were the words spoken by Obama at the National Prayer Breakfast the other day in response to the savage killing of the Jordanian pilot by those pieces of trash called ISIS. Reverend Jeremiah Wright couldn't have said this better. The only difference is that Wright would have shouted the words out in his typical bombastic manner. Obama gave us the pedantic version. I am weary of people trying to justify bad behavior by constantly reminding us of the past sins committed in the name of Christianity, First of all Islam and atheism have killed many more people than those killed in the name of Christianity. Notice that I say in the name of Christianity. Anytime the state and religion join forces you are going to have problems, It is political Islam that is the problem today just like it was political Christianity that caused problems during the crusades. It was political Christianity that caused the problems here in America during the Salem witch trials. The state religion of Massachusetts was Congregationalism. I am not talking about the right of a city to display nativity scenes on government property, or to display the Ten Commandments in a courthouse, or the right to pray before a high school football game. I am talking about when a particular religion is officially recognized by the state. The clergy and church property are supported by the tax dollars of the people. In the case of Islam they even have a religion based legal system called Sharia law.

Slaveowners and the Klan used the Bible to justify slavery and bigotry. We all know what evil can be perpetuated in the name of Christianity. We don't need to be lectured by Obama. Are there still evil people representing themselves as Christians? Absolutely, but why should we be surprised by that? Some of the most evil people in the world are in the church and always have been. Jesus was crucified by the evil people in the church of his time and he called them out on numerous occasions.

New International Version (NIV) Matthew 23:23-24 - “Woe to you, teachers of the law and Pharisees, you hypocrites! You give a tenth of your spices—mint, dill and cumin. But you have neglected the more important matters of the law—justice, mercy and faithfulness. You should have practiced the latter, without neglecting the former. You blind guides! You strain out a gnat but swallow a camel. Matthew 23 - 37,38 and 39 “Jerusalem, Jerusalem, you who kill the prophets and stone those sent to you, how often I have longed to gather your children together, as a hen gathers her chicks under her wings, and you were not willing. Look, your house is left to you desolate. For I tell you, you will not see me again until you say, ‘Blessed is he who comes in the name of the Lord.’ When someone tells me that they don't go to church because of all the hypocrites I usually ask them if they think they are better than Christ because he never allowed hypocrites to keep him away from the temple.

The true Christian church has always had a remnant. A remnant is defined as a remaining, usually small part, quantity, number, or the like. A fragment or scrap. The true Christian Church has always suffered persecution in some form or fashion. Remember that of the antediluvian population of the earth in the days of Noah only eight people were saved from the flood. This was a type of the world throughout history. The early Christians were persecuted by the religious state under Herod representing Judaism and Rome representing Paganism. The Romans regularly crucified them or fed them to the lions as entertainment, Once the Emperor Constantine supposedly converted to Christianity the established Roman Church became the new tormentor of the Christian remnant in the form of the Catholic church. This is not a slam on the Catholic church and Catholics today. I am convinced that many Catholics are part of this true remnant church. The remnant Christian church actually follows the true teachings of Christ. This remnant is in hiding all over the world in places like China and the Middle East. It is even being persecuted in this country in a milder form. I believe though that the day is coming in this country when Christians will suffer real persecution. Obama didn't tell you this but this remnant has also been a force for ending the slave trade, slavery, segregation and other evils throughout history.

I am an evil man but I know history and I know the truth. People are constantly confusing political Christianity with Christ's true remnant. The Dark Ages were called that for good reason. It was a period of evil. If you are a follower of Christ you walk in the light. When Jesus spoke again to the people, he said, "I am the light of the world. Whoever follows me will never walk in darkness, but will have the light of life."