The Battle Of Nashville - The Naval Battle At Bells Bend 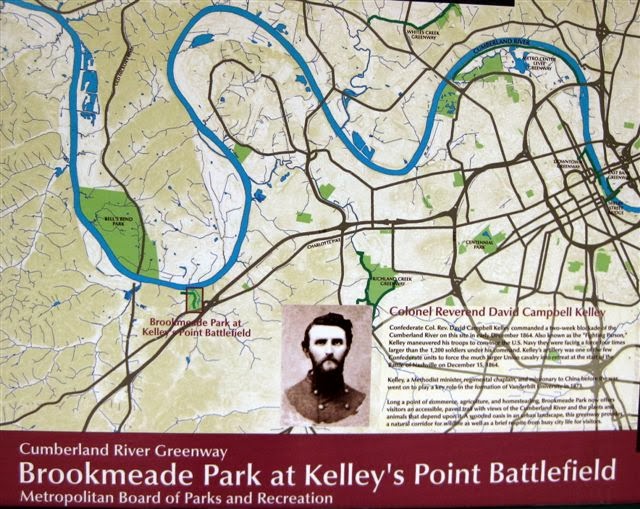 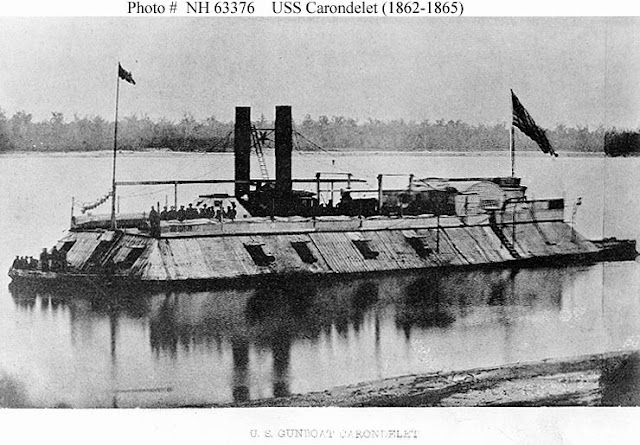 The Battle of Nashville had a little bit of everything, including a naval battle on the Cumberland River. In the early 1970's I was just getting into the hunting of Civil War relics. I worked at Baird-Ward printing company on Powell Avenue across from One Hundred Oaks. The plant was about three hundred yards from where the Confederate lines crossed Franklin road and Thompson Lane. Construction crews were just breaking ground for Interstate 65 and on my lunch break, instead of eating, I would drive over to the construction site and hunt for Civil War relics with my metal detector. This is where I found my first minie ball. A perfectly shaped .69 caliber drop. About this time I heard about a place in West Nashville on a steep hill which overlooked the Cumberland River in West Nashville. There had been some kind of naval action there. On a day off I hunted there and was shocked at the amount of relics that I was finding. It was all naval canister, grapeshot, and large shell fragments from huge artillery shells fired from gunboats. The stuff was so heavy I had to make several trips back and forth to my car. Over time my brother-in-law Hulon Helms and myself pretty much hunted that area out. I will never forget one day that we were hunting and Hulon and my son Robbie, who was about five or six at the time, walked down the hill while I continued hunting higher up. Suddenly I heard Hulon shouting for me to come down to their location. He had stumbled across a metal box stuffed full of dynamite and it had been there a long time, making it very unstable. The dynamite was not from the Civil War because dynamite wasn't invented until after the war. It was probably from some previous construction project on the river. We called the police who in turn called the bomb squad.


I knew all about the Battle of Nashville but I didn't know that there had been a naval battle. I was going to M.T.S.U. at the time and I looked up the Official Naval Records of the Union and Confederate Navies. On December 2, 1864, elements of Forrest's cavalry placed artillery on the lower and upper bluff of a hill overlooking a bend in the river called Bells Bend. Because of the bend in the river the Confederates had effectively blocked river traffic to Nashville. If the Confederates had posted artillery a few days earlier they could have blocked major troop reinforcements from reaching Nashville. On December 2, the rebels captured two Union transports carrying mules and fodder. On December 3, and 4 the naval squadron at Nashville responded. Most of the squadron engaged the upper battery while two gunboats, the Carondelet and Fairplay, engaged the lower battery where they were able to recapture the two Union transports. The squadron commander Lt. Commander Leroy Fitch was ordered to break the blockade. On December 7, he took his two heaviest ships the Carondelet and Neosho to engage the batteries. Because of the bend of the river the gunboats were unable to drive off the rebel batteries after a heavy bombardment. Both gunboats were damaged and two Neosho sailors were awarded the Medal of Honor after they ran on to the deck under heavy fire to raise the American flag that had been shot down. The rebels continued to blockade the river until Union Cavalry ran them off on the opening day of the battle of Nashville on December 15, 1864. 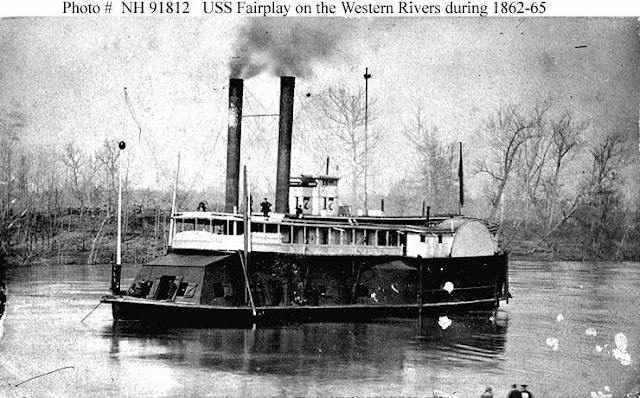