A TIME FOR ACTION 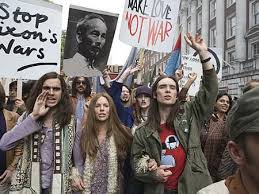 Well meaning people are just plain tired of these mass shootings, whether they are in schools, restaurants, malls or churches. Regardless of whether you are for gun control or you stand for the 2nd Amendment, like myself, we are all tired of it. There are good people on both sides of the issue although I believe that many that are pushing for more gun control are just misinformed. There is no doubt that the politicians are simply wanting more power over the people, which is their motivation for wanting to disarm us. Second Amendment people are tired of useless talk. I am tired of talking about these shootings and writing about them. And I am especially tired of spineless governments like Tennessee that refuses to act to remedy the problem. As Reagan said government isn't the solution it is the problem. In my view government created the environment in which these shootings are thriving. I am not just tired of the killings by active shooters I am tired of the carnage going on in our big cities like Chicago, Detroit, and St.Louis.

Leftist policies have destroyed families by feeding the welfare state mentality since the Great Society created by Lyndon Johnson. Johnson's handling of the Vietnam War created a generation of returning veterans with damaged minds and drug addictions. The counterculture created our drug culture and our culture of sexual immorality that combined with government policy has further destroyed the integrity of our families. That same counterculture cut their dirty hair, took a shower, put on a tie or dress and since 1972 have risen to the pinnacles of power and are leading a Communist counterrevolution. The Federal courts emptied our mental institutions in 1975 and we have seen that most, if not all, active shooters are on some form of psychotropic drugs.

What is baffling to me is how the state of Tennessee can have a super majority Republican legislature and very little constructive ever gets done. We should have some of the best gun laws in the country but we don't. In early April the Tennessee state legislature voted down the right of teachers to be armed. What is more precious than our children and grandchildren? I know what it is to lose my parents but I could not imagine what it would be like to lose a child. We don't hesitate to protect our government officials with guns but we do very little to protect our children.

I remember how stunned I was when Kennedy was assassinated and learning of the attempted assassination of Ronald Reagan. There is no argument about whether or not we should protect our presidents, governors and political leaders. Just imagine, however; losing your child to gun violence. Imagine a police officer and a chaplain walking up to your front door with the news that your child is dead. Or turning on the TV and learning that there has been a shooting at your child's school. Regardless of whether that child belongs to the president or to the average citizen they are precious lives. Even if it means calling out the National Guard and posting guardsman in schools until we can train teachers to protect our children, as some are suggesting, we should do it. We should consider deploying the National Guard to our inner cities to stop the carnage until we figure out a way to make the cities safer. These measures would work. Gun control and wringing our hands over mental health will not.