MY VISIT WITH SAM AND JENNIE WATKINS 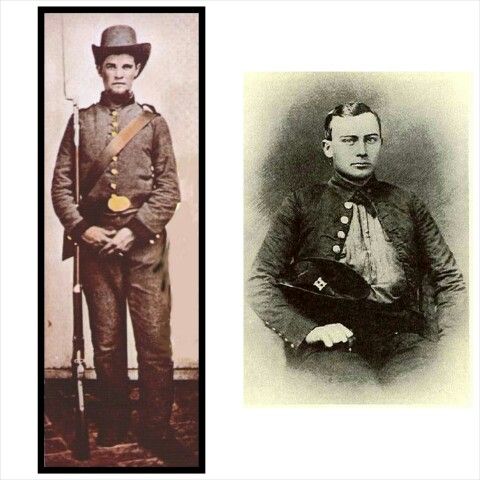 Yesterday, May 20, 2018, I had the pleasure of visiting the grave of Sam Watkins and his wife Virginia (Jennie) Mayes Watkins. My favorite memoir of the Civil War is Company Aytch. It was written by Sam in 1881. Twenty years after the beginning of the war. It was serialized by the Columbia Herald from 1881 to 1882 and was first published as a book in 1882. At one point he operated a store in Columbia and members of his family encouraged him to write an account of the war to leave to his children and descendants. Like any combat veteran he probably suffered from Post Traumatic Stress Disorder. While writing his book he could be seen by an old pot bellied stove on cold mornings writing with a pencil and laughing as he thought of something funny and quietly weeping as he recalled the horrors of war.

Watkins enlisted with 120 men in 1861 and was one of only 7 men left when General Johnston surrendered the Army of Tennessee to General Sherman on April 26, 1865 in Durham North Carolina. I have read Co. Aytch at least 4 times and each time I hate to put it down because it is such an interesting read. Sam served for a very short time under Stonewall Jackson and fought at Shiloh, Murfreesboro, Chickamauga, Missionary Ridge, the Atlanta campaign, Franklin and Nashville. He was wounded at Murfreesboro and Nashville and had many brushes with death.

I love Watkins view of the war. He said " America has no north, no south, no east, no west. The sun rises over the hills and sets over the mountains, the compass just points up and down, and we can laugh now at the absurd notion of there being a north and a south. We are one and undivided. Sam Watkins is buried with his beloved Jennie who he talked about in the book. Sam and Jennie were both born in 1839. He died in 1901 and was buried with full military honors. Jennie died in 1920 and both are buried at Zion Presbyterian church in the Ashwood community near Columbia Tennessee. 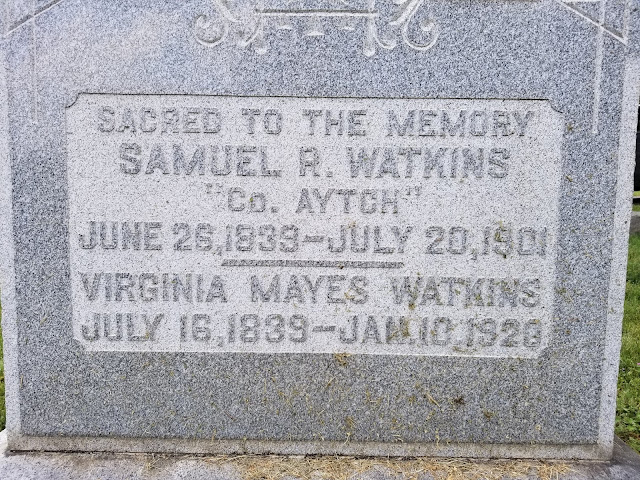 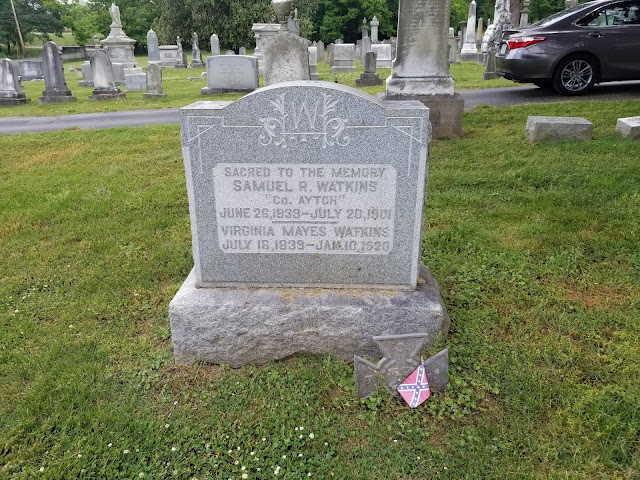 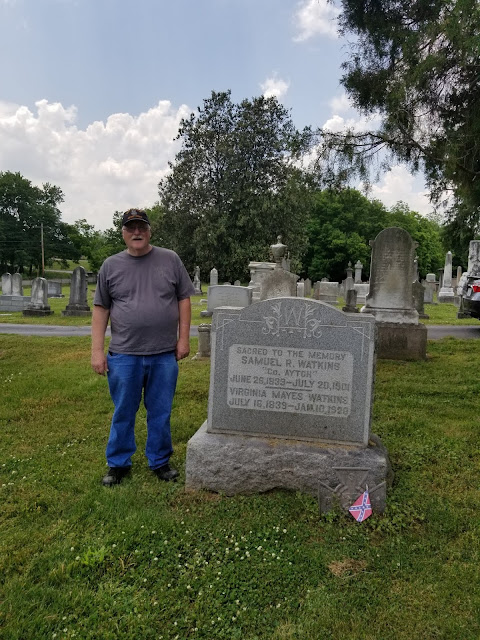