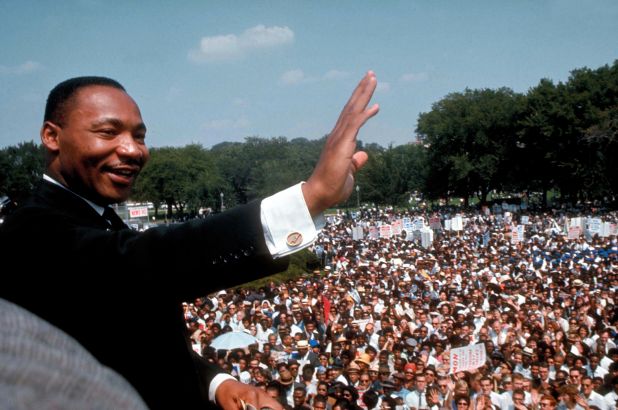 “I have a dream that my four little children will one day live in a nation where they will not be judged by the color of their skin, but by the content of their character.” — Martin Luther King Jr.


This quote is from Martin Luther Kings speech given at the Lincoln Memorial in 1963. In my view one of the greatest speeches ever given by an American. Thankfully the notion of judging a person by the content of their character and not by the color of their skin was drummed into my head from an early age by my parents. Sadly, the left today wants us to believe that the color of our skin and our gender is what determines our character  If you are a White male your character is always suspect. Identity politics and the radical feminist movement are now implying that men are inherently evil and inferior to women.

I was thirteen when MLK gave his "I Have A Dream" speech. America was a much different country in 1963. Kings vision was definitely a dream at the time. Skeptics might even say a pipe dream. Not only Blacks but White women were 2nd class citizens. I might add that White women were treated much better than Blacks but we did have a very sexist society. Yet, as a country we seem to want to go from one extreme to the other. Hollywood reflected American culture at the time. The heroic figures on screen were primarily White and male. Now I am noticing a trend in Hollywood that is casting women in pretty much all of the strong and dominant roles. More and more White males are depicted as the bad guy, or in some other weak and negative way. On the big screen and on television.

Although there is much truth in these lines before it can all fall neatly into line the woman must first possess moral character. Men and women, like all people are defined by character. A woman, such as Mr. Golding describes is deserving of a man with moral character. There are evil women, and evil men out there. No gender has a monopoly on evil. There are righteous women and righteous men. Mr. Goldings concept of the superiority of women is taking root in society today. This attitude is printed on tee shirts, social media and espoused on a daily basis. The only way that America can correct the conflict between men and women is that men should learn what it really means to be a man and women should learn the proper role of women. The lines are being blurred and this is leading to much confusion and unhappiness. We should add a provision to MLK quote. That a person should be judged by the content of their character and not by the color of their skin, or genitalia.