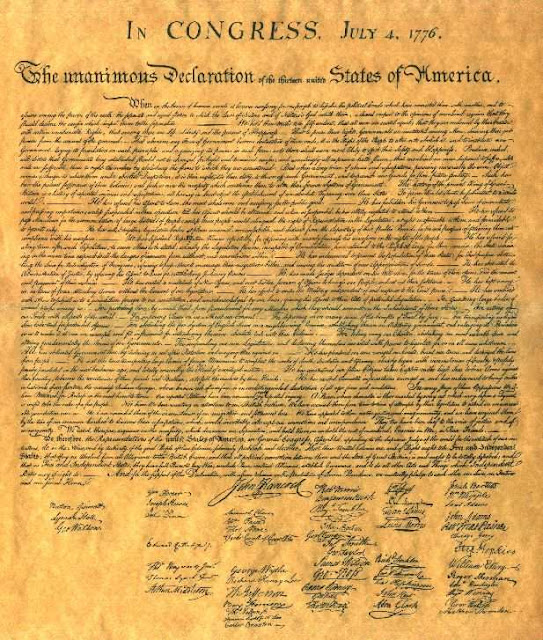 The Communists in our educational system are teaching our children that America was founded by a bunch of racist and sexist White men. Yes, they were a product of their time but for the most part these men were exceptionally smart and brave.

Even though you don't hear about it that much their women were very influential in their lives. There was no greater political and marital relationship than the marriage of John and Abigail Adams. Abigail could be listed as one of the earliest and most influential feminists. Blacks made up a large part of Washington's army. They also served as spies and at least for a few years free Blacks enjoyed a degree of freedom in this country.

I heard a great analogy the other day about American history. A Conservative professor, which are rare these days, compared the American experience to a relay race. The Founding Fathers started the race very well and handed the baton off to the next generation. From there each generation of Americans has handed it off to the next, moving ever closer to the finish line. I fear though, in the modern era, we have been falling behind. If we are not careful, at some point soon, a generation of American's will drop the baton and we will lose the race.

Ronald Reagan said it best. Freedom is never more than one generation away from extinction. We didn't pass it to our children in the bloodstream. It must be fought for, protected, and handed on for them to do the same.