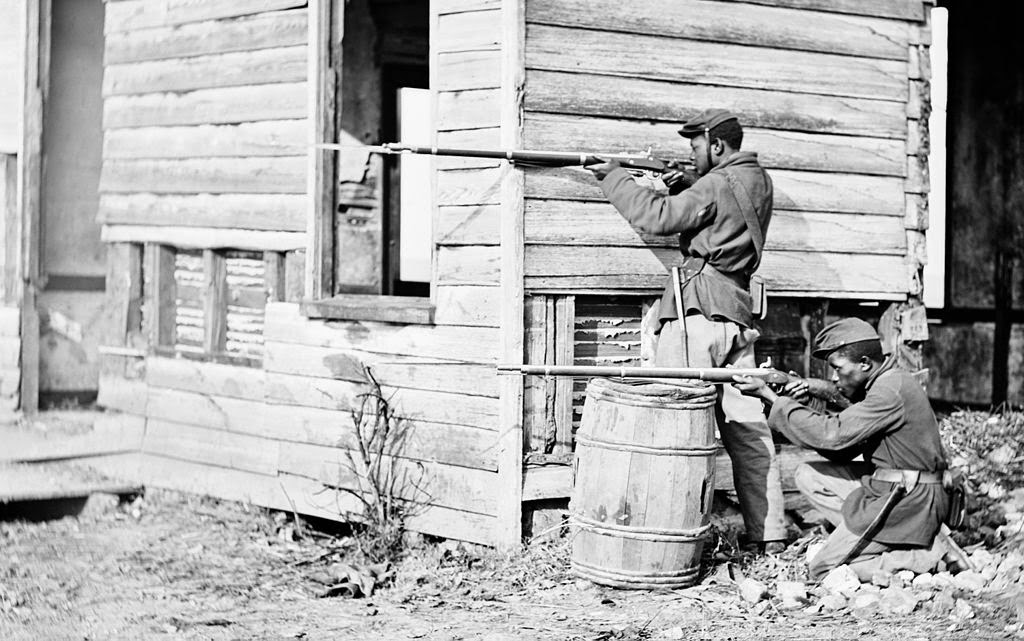 Have you ever heard the phrase "I'm going to bust a cap in you"? Or I'm going to pop a cap on you. For those who don't know it means that a person is threatening to shoot someone. For a long time I thought this was a relatively new term that came out of the black inner city or the rap culture. That is until I was reading an account of black Union soldiers who were guarding Confederate prisoners of war. They would threaten to shoot Confederates by saying "I'm going to pop a cap on you".The percussion cap was invented around 1820 and it replaced the flintlock as a firing mechanism. Muskets, rifles and pistols were fired by placing a percussion cap on what was called a nipple. The hammer exploded the cap which was loaded with an explosive substance called fulminate of mercury. The flame from the cap ignited the powder in the barrel which propelled the bullet. There is a reference to this phrase in the 1969 movie starring John Wayne called "True Grit". Robert Duvall plays the bad guy Lucky Ned Pepper. At one point, Lucky Ned warns Rooster that he's ready to shoot the captured Mattie: "I never busted a cap on a woman or anybody much under sixteen. But it's enough that you know that I'll do what I have to do."