The History Of The Car Radio 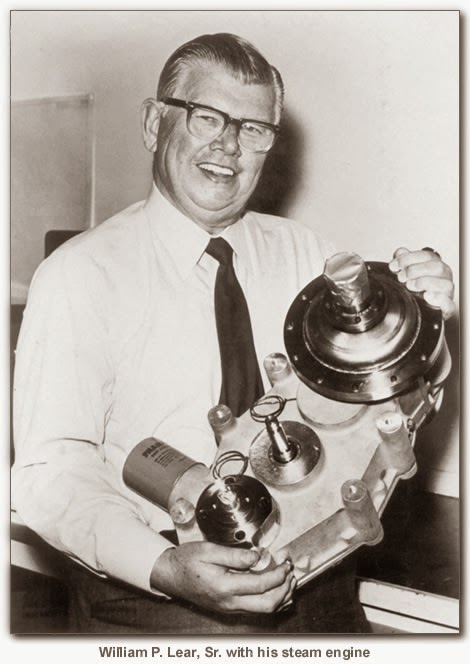 The following story illustrates one reason that I am a big believer in capitalism despite the anti-capitalist rhetoric that you hear from the political left.all of the time. William Lear and Elmer Wavering were double dating one night in 1929 and drove their car to a high lookout point on the Mississippi River in Quincy Illinois to watch the sunset. It was a romantic evening but cars were not equipped with radio's back then and one of the women mentioned that it would be nice to be able to listen to music in the car. This gave Lear and Wavering an idea. Lear had been a radio operator in the Navy in World War I and both men tinkered with radio's. They took apart a radio and tried to get it to work in a car. It wasn't easy because the electrical system in a car caused so much interference it was nearly impossible to hear a radio with the engine running. Over time they were able to solve each problem and they took their radio to a radio convention in Chicago where they met Paul Galvin, owner of Galvin Manufacturing Company. Galvin made a product called a "battery eliminator" which enabled battery powered radios to run on a household AC current. Radio manufacturers were making radios however that were powered by AC current and Galvin needed a new product to bring on the market. He liked Lear and Wavering's idea. The two men set up shop in Galvin's factory and installed the radio in Galvin's Studebaker. Galvin went to a local banker for a loan. In order to impress the banker he installed a radio in the bankers Packard. A half hour after he installed it the car caught fire. Needless to say he didn't get the loan. Undeterred he drove his Studebaker 800 miles to Atlantic City to another radio convention. He was so broke by this time that he couldn't even afford a booth. He parked outside and cranked up his car radio so passing convention goers could hear it. His plan was successful. He got enough orders to put his car radio into production. He needed a name that was catchy. There were several products in those days that ended in ola. Radiola, Columbiola, and Victrola. Since his product was designed for a car he named it Motorola.

There were still problems. It was very expensive to install a car radio then. The average cost of a car was 650.00 dollars and it cost 110.00 dollars to install. The equivalent of 3,000 dollars today. The country in 1930 was going into the Depression, which complicated things further. Galvin lost money at first but in 1933 Ford Motor Company offered to pre-install the radios at the factory. In 1936 he struck a deal with the B.F. Goodrich Tire Company for them to install this radio in their chain of tire stores. The installation charge dropped to 55.00 dollars. In 1947 he changed the name of the company from The Galvin Manufacturing Company to Motorola. He developed push button tuning and invented the police scanner. In 1940 he developed a two way radio to be used by the U.S. Army called called the "Handy Talkie" Motorola developed the first television for less than 200.00 dollars in 1947. In 1956 they invented the first pager. They were able to broadcast Neil Armstrong's first steps on the moon in 1969 because of radio and television equipment invented by Motorola. In 1973 it invented the first hand held cellular phone. Today Motorola produces many versions of cell phones and it all started with the invention of the car radio.

Wavering and Lear who came up with the original idea of the car radio also had great accomplishments in their life. Wavering remained at Motorola and invented the first car alternator. The invention led to power windows, power seats and air-conditioning. Lear invented the eight track tape player. But his biggest contribution was in the aviation industry. He invented radio direction finders for planes. Aided in the invention of the auto-pilot. Developed the first fully automatic aircraft landing system and his most famous invention in 1963, the Lear Jet, the first affordable mass produced business jet. Pretty good for a man who dropped out of school in the 8th grade. Free market capitalism is full of success stories like this. All of our lives are improved by capitalism. No socialist or communist system is capable of these kind of accomplishments that enhance our lives. Capitalism is only bad when government involves itself by over regulating it, over taxing it, or actually joining forces with it. This opens the door to what we call crony capitalism and massive corruption. Capitalism will work it's magic when government steps out of the way and allow's market forces to work. Socialism and Communism work against the creative genius of people. The best motivator in the world is an empty refrigerator. Under socialism the government is taking care of the peoples basic needs and because of this people lose the desire to soar to great heights and a better quality of life. The likelihood of a Bill Lear, Elmer Wavering, and Paul Galvin rising to that moment in history becomes much more remote in a socialist system.