He was an expert shot and an expert with a bull whip. Charlie could cut a cigar in half at fifteen paces while a man held it in his mouth. On one occasion he rolled his stagecoach and broke several ribs but never saw a doctor. Another time he took his stage and passengers across a rain swollen bridge just before it collapsed behind him. He was also a kind person. Once, when a widow and her daughter were about to lose their home, he bought the house and returned it to the widow. Driving a stagecoach was very hard on the body. It was very hard on passengers and especially on the driver.

Charlie finally retired after thirty years because of the rheumatism that he developed due to the abuse to his body. He retired to his farm in Watsonville California where he would eventually develop cancer of the tongue and died on December 29, 1879. The following obituary, however; was in the January 9, 1880 edition of the New York Times, (December 28, 1879). In a little cabin on the Moss Ranch, about six miles from Watsonville, Charley Parkhurst, the famous coachman, the fearless fighter, the industrious farmer and expert woodman died of the cancer on his tongue.

He knew that death was approaching, but he did not relax the reticence of his later years other than to express a few wishes as to certain things to be done at his death. Then, when the hands of the kind friends who had ministered to his dying wants came to lay out the dead body of the adventurous Argonaut, a discovery was made that was literally astounding. Charley Parkhurst was a woman, a perfectly formed, fully developed woman... Her sex had been accidentally discovered earlier by a boy who had put her to bed drunk one night but the family had rigidly kept her secret. A doctor also discovered that she had given birth at some point but nothing was said about the fate of the baby or of it's whereabouts. She also cast a vote in an election in 1868, making her the first woman ever to vote in California. 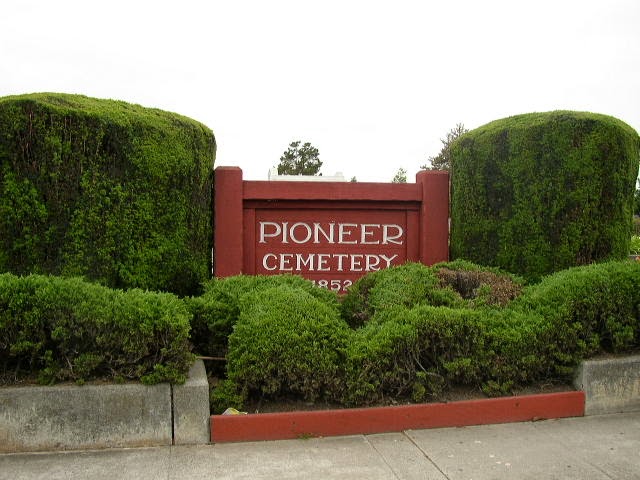 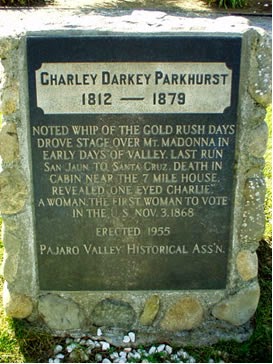