A NUCLEAR MUNICH IN THE MAKING

- March 05, 2015
On September 30, 1938 English prime minister Neville Chamberlain negotiated the sovereignty of Czechoslovakia away in the infamous Munich agreement. It was an agreement between England, France, Germany, and Italy. Hitler issued an ultimatum demanding the German speaking and very strategic Sudetenland in order to avoid war. Chamberlain sincerely believed that appeasing Hitler would avoid war. Just twenty years earlier the world had experienced the worst war in world history to that time. Sixteen million people died, which was mostly soldiers, and twenty million were wounded. Although it is generally agreed that Germany lost the war, the armistice of 1918 left many unresolved problems and Germany physically intact. Germany itself for the most part had not been invaded. Because of the harshness of the Versailles treaty, especially in the area of reparations, this caused hyper-inflation and severe economic problems for Germany and the German people. This set the stage for Adolph Hitler to exploit the economic woes of the country. He exploited German anti-semitism with the myth that Germany had been stabbed in the back by a Jewish conspiracy. A conspiracy that had robbed Germany of a military victory. A myth that would eventually lead to the destruction of six million Jews. England had been nearly bankrupted by the war and France lost a whole generation of young men. The political structure of Europe was radically changed and Russia had fallen to the Communists. European leaders were desperate for a peaceful solution. So desperate that they were willing to sell out a small Democratic country in the hopes that this would pacify Hitler. He expected to fight over Czechoslavakia and was shocked that he got it so easy. Hitler was laughing at Chamberlain and European leaders behind their back. He said later "Our enemies are little worms. I saw them at Munich." Winston Churchill was a voice crying in the wilderness. While Europe exulted over what they mistakenly considered a great step toward peace, Churchill called it an unmitigated defeat.

We face the same scenario today. There are many similarities and some differences. Iran is Hitler. Obama is Chamberlain. Churchill is Netanyahu. Czechoslovakia is Israel. Iran at the moment is Hitler light. I call it Hitler light because Hitler laid out his plans for world domination in his book Mein Kampf and in his speeches. Although he ultimately failed in carrying out all of his plans he was responsible for a cataclysmic war that ultimately took the lives of over sixty million people. Three percent of the worlds population at that time and over three times as many people died in World War Two as opposed to World War One. Iran has been responsible for much death and destruction but until this point they are Hitler only in the sense that they have made the same threats as Hitler but they have not had the means to carry out their threats. When they finally have the bomb that will change. Like Hitler their number one goal is the destruction of Israel and the Jewish people. Hitler had several goals. The destruction of the Jews. The destruction of Communism and world domination. We know how important the destruction of the Jews were to him because he diverted valuable war resources, manpower, and time and effort into killing them The extermination camps ran with a brutal efficiency right up to the moment they were liberated by Allied forces at the end of the war. We can only imagine the loss of life that would have occurred if Hitler had developed the bomb before we did. Will Iran fulfill their threat to annihilate Israel if they get the bomb. We can't take that chance. Like Hitler Iran is dedicated to a Final Solution of the Jewish question.


Obama is Chamberlain with some differences. I believe that Chamberlain was sincere but very naive. He truly wanted to avoid another devastating war but his desire for peace overwhelmed his common sense. I am not so sure that Obama's motives for appeasing Iran is based on naivete or something more sinister. Generally I do not like to question anyone's Christianity but I do question the Christianity of the Reverend Jeremiah Wright and by extension Obama's who was supposedly saved in Wrights church. I wonder if his supposed conversion was mostly for political reasons than anything else. Obama had a Muslim father, a Muslim stepfather, was educated in a Muslim school and spent considerable years of his youth in Indonesia, which is a Muslim country. Judging by his past words and actions you can only arrive at two conclusions. He is at the very worst a Muslim in disguise or he is at the very least a Muslim sympathizer. Whatever he is Obama is comfortable with radicals and the radical position. Obama's foreign policy has been responsible for the instability we now face. Not since Hitler has the world been this unstable. He has been responsible for the rise of radical Islam in the Middle East. It has been a mistake lifting economic sanctions in Iran because those sanctions were working. Now they are free to pursue the development of nuclear weapons from a position of strength. Like Obama, Franklin Roosevelt believed in sharing the wealth but Roosevelt had Hitler pegged. He knew that Hitler was the greatest threat that the world faced but because of American isolationism his hands were tied politically. He took certain steps to prepare America for war under great limitations. Once the war started Roosevelt led us to victory. Obama wont even identify the enemy much less fight them.

Netanyahu is the voice crying in the wilderness today. He is Winston Churchill. Churchill was out of power and because his views were unpopular in 1938 was in the political doldrums. Some thought that his political career was over. However he realized that Hitler posed a long term threat to England's very survival. Netanyahu is in power but because of Obama has been isolated on the world stage. Israel is a nuclear power. Although it is small they probably possess enough nuclear armament to reduce the Middle East to ashes. In this sense they are not like Czechoslovakia. It was not strong enough militarily to fend off the major powers of Europe. With nuclear weapons Israel is in a much more powerful position. In return if Iran gets the bomb it would not take much to destroy Israel. Obama is setting the stage for World War III because that will leave Israel with few options. Israel is not Iran's only target. We will also be targeted. They have been chanting death to America since 1979. Israel is Czechoslovakia in that it was being asked to give up the Sudetenland. Czechoslovakia could not defend itself without it. Obama declared that "We believe the borders of Israel and Palestine should be based on the 1967 lines with mutually agreed swaps, so that secure and recognized borders are established for both states," This would make a conventional defense of Israel very difficult. I wont say impossible because Israel successfully defended itself before it captured Jerusalem and the Golan Heights in 1967. In conclusion the world cannot afford a nuclear Munich. There may not be anyone around to write about it. 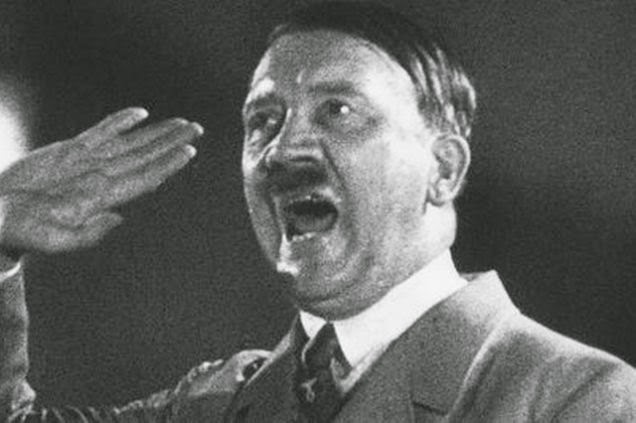