I AM COUNTRY WHEN COUNTRY ISN'T COOL

- March 28, 2015
Jamilah Lemieux, senior digital editor at Ebony magazine, was a guest on an MSNBC program called Now with Alex Wagner and was responding to remarks made by Ted Cruz about how he turned to country music after September 11, 2001. He thought that it was the only genre of music that addressed the anger that he was feeling as a result of the attack. She said “Nothing says ‘Let’s go kill some Muslims’ like country music.”  I have listened to country music for years and I have never heard a song that encouraged people to kill Muslims. I wonder how much country music that Ms. Lemieux listens to. For that matter I wonder how much rap she listens to. The following is a cop killer rap song by Ice-t.

This is one of many rap songs that not only talk about killing cops but gang violence and the degradation of women. There is nothing comparable in country music. On a personal and emotional level I can relate to what Cruz was saying. September 11th 2001 affected me in a way that no other national event ever has. The closest thing that could even compare was the assassination of John Kennedy. After September 11th I would fight back tears whenever I would see the flag waving, hear a patriotic song like the Star Spangled Banner, or God Bless America. I was feeling a range of emotions from anger, sorrow, and horror after watching innocent people forced to jump from a burning skyscraper. Then one day I was riding in my car when I first heard Toby Keith's (Courtesy of the Red, White, and Blue). Immediately I connected with that song. I was cheering and crying at the same time. It was all I could do to sing the song without crying at karaoke and later I was even more affected when Daryll Worley's (Have You Forgotten?) came out. I will never forget the negative reaction of the left to the song and how they criticised Worley. Another song that I loved was Allen Jackson's (Where Were You When The World Stopped Turning?) No other genre of music addressed September 11th and what Americans were feeling like country music. For me it was therapeutic. At no time was I angry with Muslims in general. Like most Americans I wanted the guilty punished and nothing more. The music simply put me in touch with the raw emotion that I was feeling at the time and it reminded me of how much that I love this country. 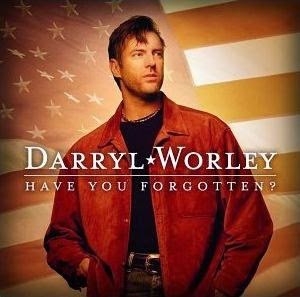