- March 05, 2015
Edward Joseph O'hare aka "Easy Eddie" was the lawyer for Al Capone. He was very skilled at keeping his only client out of jail during his career as one of America's most notorious organized crime bosses during the 1920's and 30's. Eddie was paid a very lucrative salary by Capone that enabled him to live a lavish lifestyle. He had a home that filled an entire city block in Chicago. Easy Eddie had two children, a son and a daughter. Then one day he decided to rat out Al Capone. He had been a part of Capone's illegal activities and could see that the Feds were going to get Capone one way or another and by turning states evidence he might be able to keep from going to prison himself. It was his testimony that helped nail Capone for income tax evasion. Capone was arrested and sent to the Atlanta Federal Penitentiary and later to Alcatraz. Eddie was able to avoid prison but not a mob hit. One thing that you don't do is rat out the mob. He was gunned down by two shotgun blasts as he drove home on a Chicago street, November 8, 1939.

Butch O'hare was the son of"Easy Eddie"and was born on March 13, 1914. His parents sent him to a military academy at the age of 13. He was accepted at the U.S. Naval Academy and after graduation Butch became a naval aviator. After the attack on Pearl Harbor he was assigned to the aircraft carrier U.S.S. Lexington. On February 20, 1942 a Japanese spotter plane discovered the Lexington but was shot down. However it was able to alert the Japanese of the Lexington's presence. The Japanese sent out two waves of bombers. The first wave was shot down by American Wildcats. Butch and his wingman took on the second wave by themselves. The wingman's guns jammed and he returned to the carrier. Butch was left to fight the second wave of nine bombers alone. The other fighters were too far away to help. Skilfully using his ammunition he attacked full throttle and shot down five Japanese bombers. Just as he ran out of ammunition the rest of his squadron caught up with him and splashed the remaining planes before they could damage the Lexington. For his bravery he was awarded the Medal of Honor. Butch was sent home to raise money on War Bond tours. In late 1943 he was sent back to the Pacific where he saw more combat. On a night mission in November 1943 Butch was killed. It is not known exactly how he died. Some believe that he may have been shot down by friendly fire during the confusion of fighting at night. Butch O'hare was able to redeem the honor of his family name. As a result of his bravery one of the busiest airports in the world was named in his honor. Chicago's O'hare International Airport. 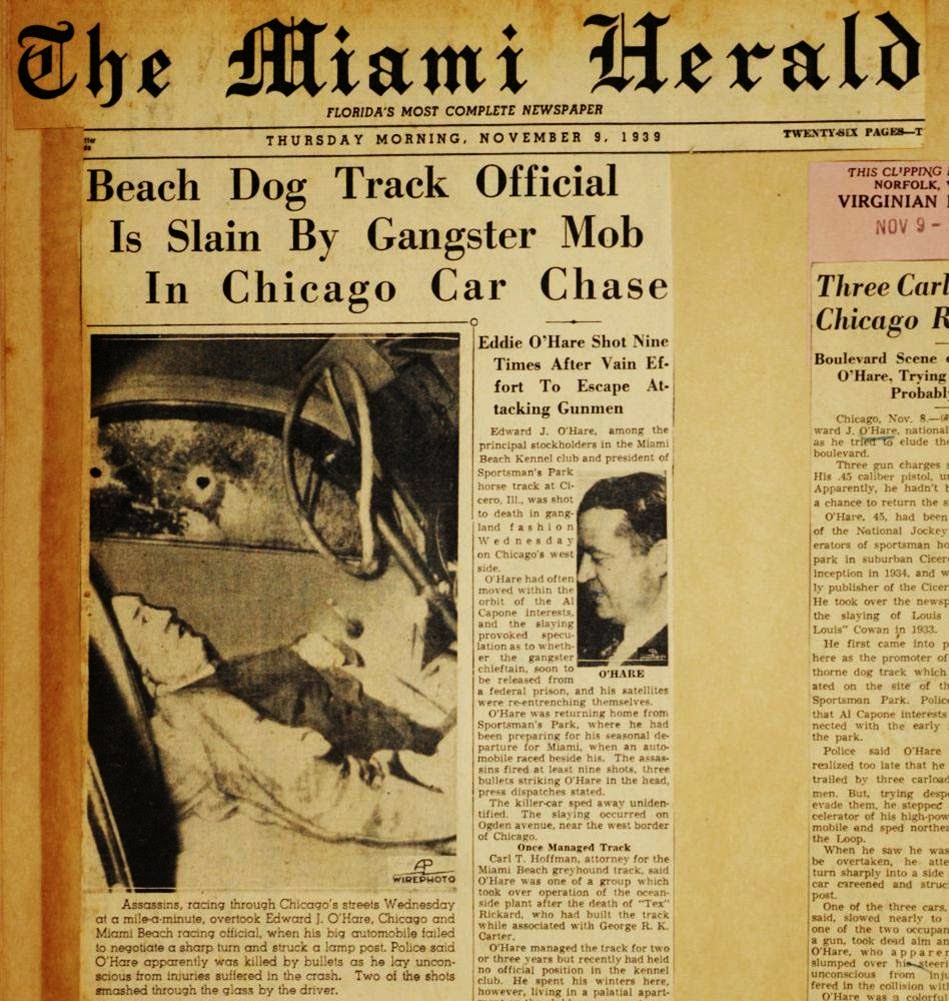