In Nashville during the 1950's and 60's Christmas was a big deal for me. I loved the sights and smells of the season. It was cool when my mother drove us through downtown Nashville to check out the city Christmas decorations. Then there was Christmas shopping at all of the downtown stores such as Harvey's, Cain-Sloan, W.T. Grants, Castner-Knott, Woolworths and McClellann's. Daddy would give us five dollars to shop with and I was able to buy everyone in the family something. Then there was the inevitable trip to Harveys monkey bar for lunch and a visit to their Santa Claus for pictures. No Christmas was complete, however; without a trip to the Parthenon in Centennial park to see Harvey's nativity scene. I don't know if any city in the U.S. had anything to equal it.

Fred Harvey Sr. thought of the idea for the nativity scene on a visit to the Bavarian Alps at Christmas time. He was impressed by the beauty of a much smaller nativity scene. Fred thought “how beautiful a larger replica of the scene would look on the mall beside the Parthenon in our own Centennial Park.” Guido Rabacini designed the nativity scene and it was manufactured by the Chicago Silvestri Art Manufacturing Company for about $20,000. In 2019 dollars that is almost $193,000 dollars. I believe that Harvey displayed the Nashville nativity scene for the first time in 1953 and the last time was Christmas of 1967. When Harvey went to have it set up in 1968 he discovered that many of the figures had been badly damaged in storage. Soon after he sold it to an advertising firm in Chicago. The nativity scene had a total of 123 figures, 78 animals and 45 people, The nativity scene covered an area 280 foot wide and 75 foot deep. 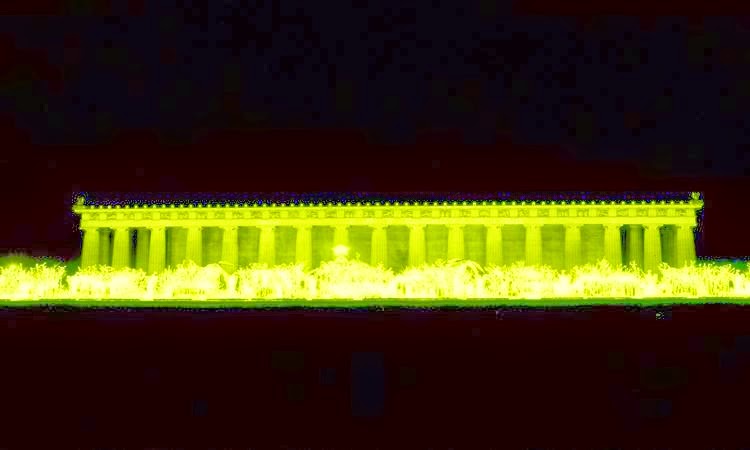 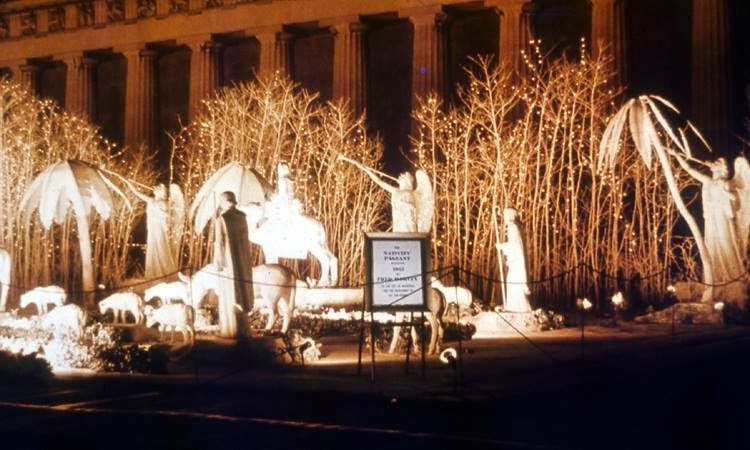 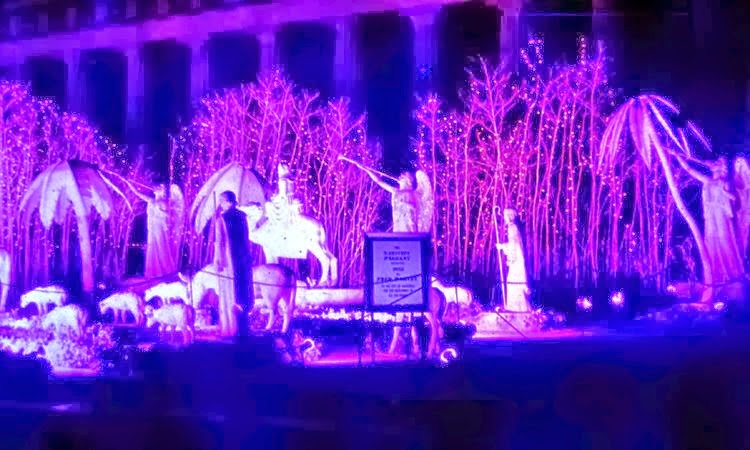 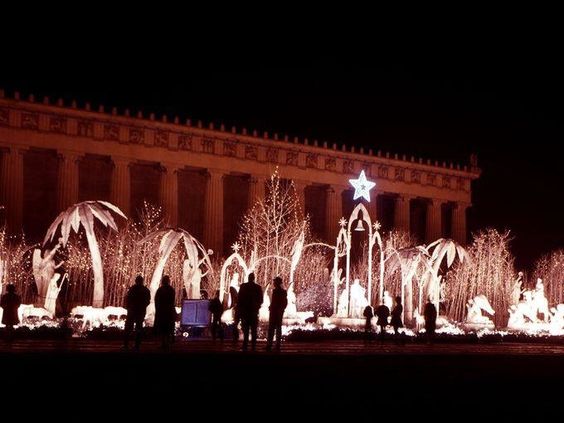 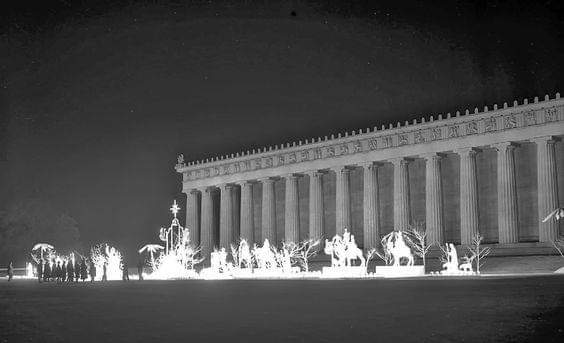 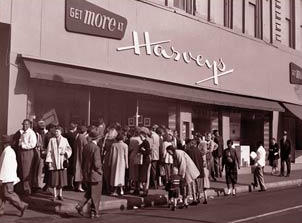