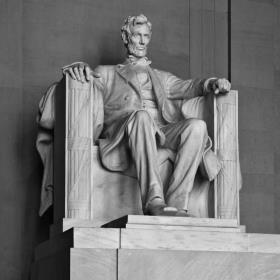 One of the things that I love about this country is in the words of Alexi De Toqueville, "America is great because America is good". The left constantly reminds us and our children about the bad things in the past. Slavery, the "Trail of Tears", the interment of Americans of Japanese descent in WWII, and segregation. They conveniently forget that it was their own Party, the Democratic Party, that was responsible for 98% of all that. Yet the good things outweigh the bad in my opinion. If I belonged to a minority group such as the American Indians, blacks, hispanics, asian, or any other group I would count my blessings to be living here. People are breaking down our door's to get here. I am in awe of the fact that our government, unlike any government on earth, was established on the principle that we have fundamental rights that are given by God and can only be taken away by God. That all men are created equal. We had a president, George Washington, that was offered the position of king and turned it down. King George III of England, when he heard this exclaimed "If this is true he is the greatest man on earth".

World War II was the most brutal war in history and the Japanese and Nazi's were the most brutal enemies we have ever fought with the possible exception of the Muslim terrorists. They had no right to expect mercy from us but we rebuilt their countries, fed them and help them establish Democratic governments that have lasted to this day. In Iraq and Afghanistan we have gone out of our way to avoid civilian casualties and feed the people in the process, along with other humanitarian help. Last but not least we fought a brutal and bloody Civil War of neighbor against neighbor, family against family, in which we lost 750,000 American's, the equivalent of between 7 and 8 million people today. Yet Lincoln was not interested in revenge like many northern politicians were. Because of his study of the Bible he understood the power of forgiveness. His orders to Grant and Sherman were to "let em down easy". The bloodshed was over and it was time to heal our land.

Probably my favorite speech from Lincoln was his last inaugural address, just about a month before his assassination. "With malice toward none, with charity for all. With firmness in the right as God gives us to see the right. Let us strive on to finish the work we are in. To bind up the nation's wounds. To care for him that has bourne the battle and for his widow and orphan. To do all which will achieve and cherish a just and lasting peace among ourselves and with all nations". The first picture is of Lincoln speaking at his 2nd inaugural. The 2nd picture is the same but not only Lincoln is pointed out but John Wilkes Booth can be seen watching from above. Then of course the Lincoln Memorial which I have had the honor of visiting. 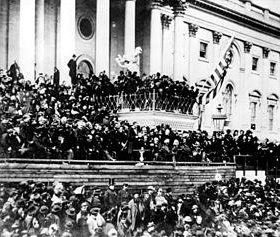 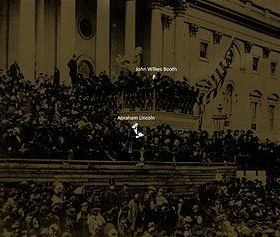