NASHVILLE AND THE STRUGGLE FOR CIVIL RIGHTS 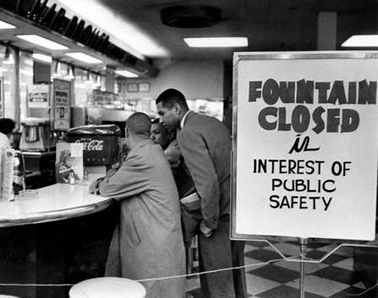 Many people think that the Civil Rights movement started in 1955 with the Montgomery Bus Boycott and that it was centered primarily around Martin Luther King. If you believe that then you would be wrong on both counts. The fight for civil rights has been going on since the foundation of this country and Martin Luther King was a big part of the modern day civil rights movement but there were a host of hero's that were essential to the movement. People like Diane Nash, James Bevel, Bernard Lafayette, Marion Barry, John Lewis, James Lawson, plus many more not mentioned. Marion Barry became a very corrupt Washington DC mayor and John Lewis is a very leftist Georgia Congressman. Many of the people involved in the fight for civil rights are on the wrong side of the political tracks today but I admire courage. I admire the length's that they went to just to have the right to do what every American takes for granted today. The right to eat in a restaurant, to go to a swimming pool, to go to the zoo, sit anywhere they wanted on a city bus. Go to a good school and to walk into a voting booth and vote.

One of the things that I am most proud of is how my parents raised me during this period. I was taught to respect everyone. My dad owned a Drugstore at 17th and Charlotte and a partnership pharmacy called Segroves-Kelly Drugstore at 12th and Jefferson which were in predominately black areas of town. We could see the effect of segregation firsthand. There were shacks with outdoor toilets behind my father's store on Charlotte and they were right below the State Capital building. Today I think about going Christmas shopping with my mother and we would hit all of the department stores like Harvey's, Cain-Sloan, Castner-Knott, W.T Grant's, and Woolworth's. We would shop all day and the highlight of the day was sitting down at a store's diner for a hamburger and french fries. I never thought about it then but black kid's my age couldn't look forward to that like I did. Their parents were allowed to spend their hard earned money in the stores but they couldn't sit down to rest and eat a meal.

Predominately black schools like Fisk University, the American Bible College, and Tennessee A&I, which is Tennessee State University today were just a few miles from my dad's stores. James Lawson, a Vanderbilt Divinity student, conducted seminars on non-violence during the late 1950's that were directed toward teaching black and white students. They were from these local schools and were taught the non-violent philosophies of Jesus, Thoreau, and Ghandi. The goal of this training was teach the students to endure beatings and verbal abuse in order to achieve desegregation. Their first target was the desegregation of the downtown lunch counters. In February 1960 they began sitting down at Nashville lunch counters to be served. At first the stores were caught off guard and they didn't quite know how to react. Then white hooligans began showing up to spit on the demonstrators, taunt them, and beat them. Nashville police arrested the students rather than the troublemakers. This went on through May when the house of a popular black lawyer, Alexander Looby, was bombed.

Thousands of black and white students marched all the way from North Nashville to the public square to confront Mayor Ben West. There Diane Nash, who was fearless, asked the mayor point blank if he thought the segregation of Nashville lunch counters was moral. The mayor, to his credit, answered no. The Nashville lunch counters were desegregated shortly thereafter. Nashville, besides possibly Atlanta, was considered the most moderate city in the South. It was targeted because it was thought that a victory in Nashville would go a long way toward desegregating other Southern cities. The Nashville students went on to save the Freedom Rides that were started by James Farmer of CORE, The Klan caught up with a Greyhound bus in Anniston Alabama where they burned the bus and came close to burning the passengers alive but for an undercover Alabama Highway Patrolman that was riding on the bus. The CORE riders abandoned the Freedom Rides and were replaced by the Nashville students. The Nashville students went on to participate in the March on Washington, Mississippi Freedom Summer, the 1963 Birmingham's Children's Crusade, the 1965 Selma March for voting rights, and the 1966 Chicago Open House Movement. They became the backbone of the modern Civil Rights Movement and were instrumental in keeping the pressure on Washington politicians which produced the 1964 Civil Rights Act and the 1965 Voting Rights Act. 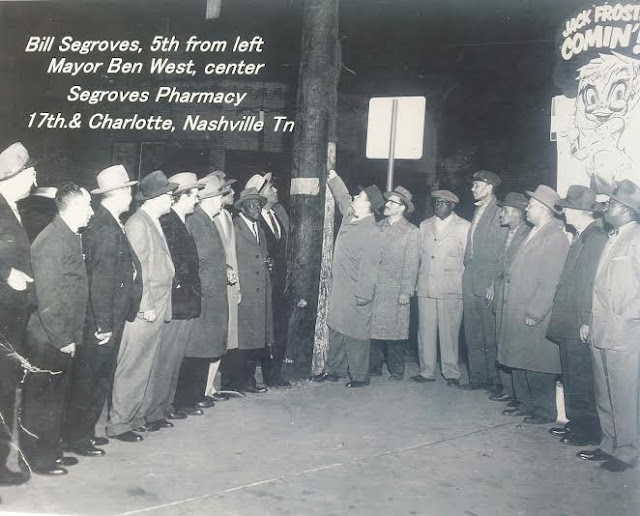 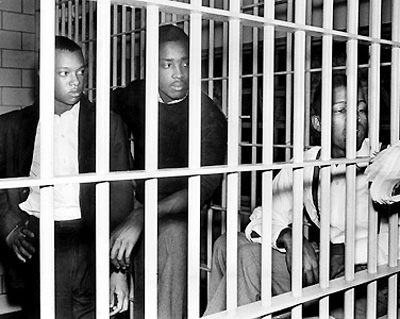 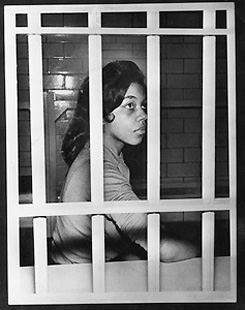