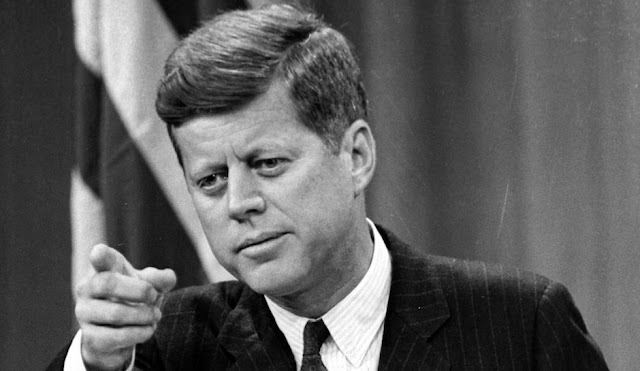 I was thirteen years old when I skipped school to see Kennedy in May of 1963. He spoke at Vanderbilt before 30,000 people and was here to initiate construction on the Cordell Hull Dam by pushing a button on the podium that set off a gigantic explosion that could be heard over the stadium speakers. This was six months before his assassination. When I see color news footage of Kennedy, that day in Dallas, November 22, 1963, I am reminded of that day in Nashville. Just like Dallas, it was a beautiful sunny day here and the only thing missing was Jackie Kennedy. His route took him from the airport on Murfreesboro road down to 8th Avenue where the motorcade turned right on to 8th Avenue and then it would make a left on to Broadway. Back then, unfortunately for Kennedy as it would turn out, newspapers posted the motorcade routes. My plan was to stand on the corner of 8th and Broad so I could get a close view of him as he made that left turn on to Broad headed toward Vanderbilt. Then I would catch a bus out to Vanderbilt Stadium where I would hear the speech. There was a nice young married couple that I struck up a conversation with. They were very impressed that a kid my age would be interested enough to skip school in order to see a president. We sat together during the speech. I have had the opportunity to see several Presidents and Vice Presidents since 1960. My first was presidential candidate Richard Nixon in 1960, and Lyndon Johnson in 1964. In the military I was involved in the security of Ronald Reagan 1984, and George H.W. Bush in 1992. Vice Presidents Walter Mondale twice, Dan Quayle, and unfortunately Al Gore Jr.