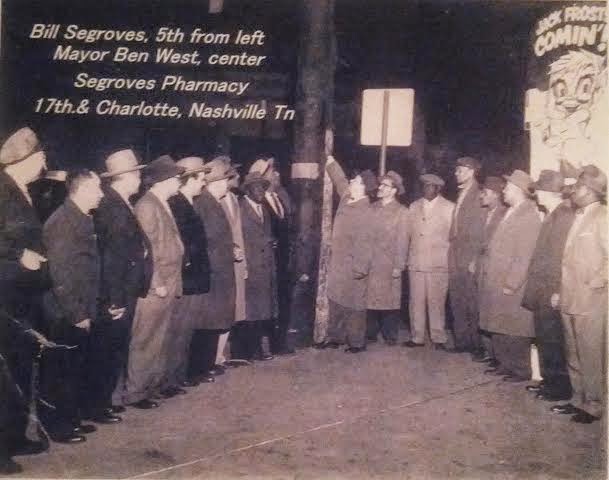 My father owned three drugstores during the 1950's in North Nashville. One was at 9th & Cheatham, which he did not own very long. The second was a partnership with an old Army buddy called Segroves-Kelly Pharmacy at 12th and Jefferson and the last was Segroves Pharmacy at 17th & Charlotte. This picture is of some kind of ceremony taking place in front of his store on Charlotte. I have always been intrigued by this picture because there is no writing on the back explaining who these people are or what they were doing. My father was the 5th from the left in the black coat and light hat. Nashville Mayor Ben West is the man pointing up toward the pole in the center.