THE DIXIECRATS AND THE CONFEDERATE FLAG 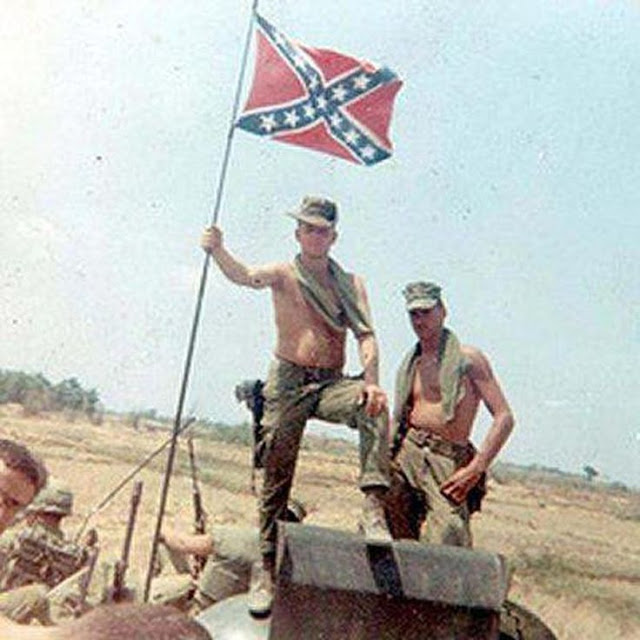 There are few things on earth that have been more misrepresented than the Confederate battle flag. Was the South a racist society? Absolutely! It remained that way until well into the 1970's. Contrary to the opinion of many of my white southern brothers the war was not about states rights. It was about slavery. More specifically the expansion of slavery. Having said that the north has nothing to brag about. It was as guilty as the south because of it's collusion in maintaining slavery and later black codes along with segregation by a system of political compromise. The post Civil War period only produced a milder form of slavery. The American flag was flying over the country during this whole time minus the years in the South during the Civil War. No Confederate flag ever flew over a slave ship but plenty of American flags did. The Confederacy only lasted four years. The United States is a country that has had the opportunity to evolve because it has existed for many years. The Confederacy never had that opportunity. I must remind the reader that the United States was a Confederacy from 1775 until the Constitution was adopted in 1789. Slavery existed in all 13 colonies. Much of the seed money for Northern industry came from the sell of slaves. Two of the three leading centers for the slave trade were in the North.

Malcolm x was born in East Lansing Michigan but his father and several relatives were killed by the Klan in Michigan. The Klan enjoyed it's largest membership in the 1920's in the northern states, especially in Indiana. To paraphrase Malcolm X he once said "quit picking on the south. Once you cross the Canadian border you are in the south". The Confederate battle flag was square and not rectangular as we see today. Early in the war it was carried primarily by Lee's Army of Northern Virginia. At the early battles such as Shiloh or Stones River the Army of Tennessee flew regimental, division, or corps flags such as General Hardee's Corps flag. The navy jack was adopted by the Army of Tennessee in January 1864 which is the hated Confederate Flag of today. That flag was rectangular with 13 stars on the blue St. Andrews Cross. This flag has been demonized fairly recently in American history. It became the racist symbol that it is today because it was used by the Dixiecrats, The Dixiecrats were Southern Democrats who were angry over Harry Truman's attempt to include a civil rights plank in the 1948 Democratic platform. Senator Strom Thurmond of South Carolina ran a third party campaign for president and he won the electoral votes of four deep south southern states. The Confederate battle flag was used as a symbol of Thurmond's Party.

Before 1948 the battle flag was rarely used by segregationists. There were three national flags of the Confederacy that most people would not even recognize today. In 1927 the Klan led a huge march in Washington D.C.  Forty thousand Klansmen were involved and the vast majority were from Northern states. There are probably nowhere near 40,000 Klansmen in the United States today. Even if you throw in skinheads and Neo-Nazi's. I challenge anyone to find a Confederate flag in any of the pictures of the 1927 Klan march on Washington. They are all American flags. What does the Confederate flag mean to me on a personal level? A lot of things but racism is not one of them. Anybody that really knows me is aware that I am one of the least racist white boys around. I am, however; American by birth and Southern by the grace of God. 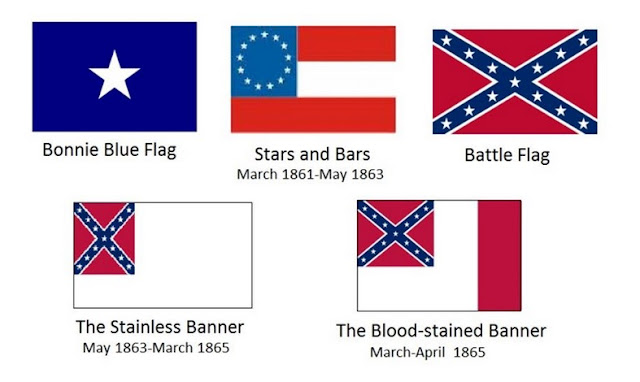 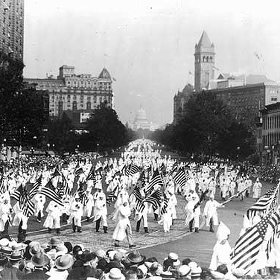